Pulling back from the blaming cycle and...

...learning to communicate your needs without blaming.

In all the years I’ve coached couples, I’ve never once have seen a couple resolve their differences and conflicts by determining who is to blame or who is at fault. It’s a cat and mouse game that hardly ever results in either person getting what they want or for their conflicts to be resolved.

Here are some of the ways blaming is expressed:

I ask couples, “how are these forms of blaming communication working for you two?”

“Not too well” is the usual response. To which I say, “if you continue blaming each other, do you think given enough time that it will work?” At this point, they usually start to see the irrationality of such endeavor. I say, “would you like to learn a new way to communicate?”

I go on to tease apart the blame dynamic: Underneath the blaming language, there is some important need that he/she wants to be met that is not being met. And it is really painful to not have it met. Blaming your partner is an expression of the pain of not getting this need met.

When I blamed my partner, she had a hard time hearing what I wanted and wasn’t inspired to give to me out of the goodness of her heart. The more I blamed, the less likely what I wanted was not going to happen, which stimulated, even more, anger and blame directed at her.

What I just described is the blame dynamic with just one person. It gets really confusing and volatile when two people are enmeshed in a blaming cycle and push each other’s pain buttons. I don’t wish that on anyone. There’s a whole movie about this dynamic called, “War Of The Roses.”

To transcend this blaming cycle, each person can become aware of the need that underlies the blaming context and express that in a way that will inspire the other person to want to meet it. That takes some time, practice and guidance, but it IS a viable alternative.

It is not enough to just say to yourself, “I’ve got to stop blaming” or to blame yourself for blaming. Replacing this with a more effective alternative is integral to communicating differently.

Often, I find when one person in relationship backs off the blaming and moves into vulnerability, this serves as an invitation to their partner to join them.

Admittedly, it can be risky and scary, but nonetheless a powerful way to cut through the intractable blaming loop. Most effective, though, if both partners back off from blaming.

I often get the question, “does compassionate communication work if only one partner does it?” It is more effective is if both take the course, but not required. You can learn when taking the course to empower yourself to be heard no matter how he/she communicates. That’s true empowerment! 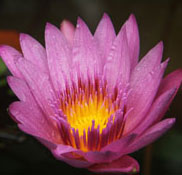 Receive the latest news about Compassionate Courses, Retreats, and Workshops and valuable information about how to make your relationships amazing!

You have Successfully Subscribed!